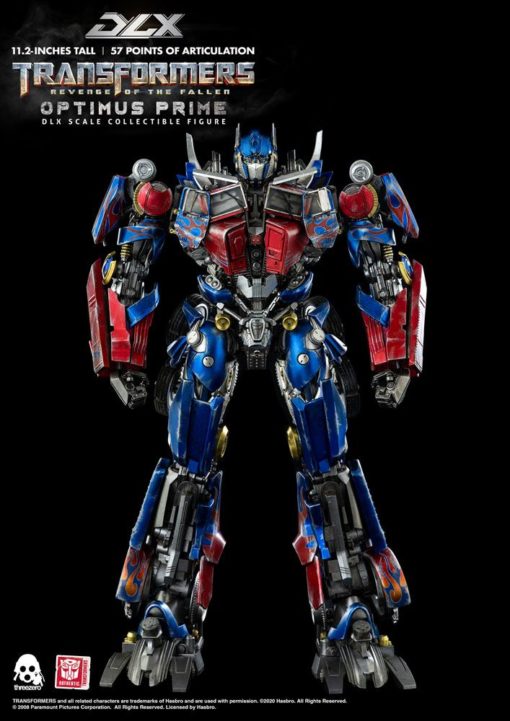 Hasbro and threezero are thrilled to present you Optimus Prime from the Transformers: Revenge of the Fallen film as the next figure in the Transformers DLX Collectible Figure Se…

Hasbro and threezero are thrilled to present you Optimus Prime from the Transformers: Revenge of the Fallen film as the next figure in the Transformers DLX Collectible Figure Series!

Transformers: Revenge of the Fallen – DLX Optimus Prime is designed to be integrated with the DLX Jetfire of the same film (planned for release in Q1 2021). Together, the two figures form the impressive DLX Jetpower Optimus Prime.