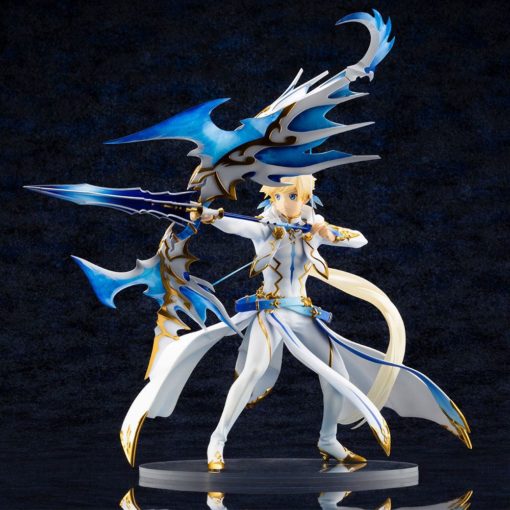 FREE Shipping to the UK
Earn 235 Points with this purchase!

From the popular RPG Tales of Zestiria, the protagonist Sorey is back and in his Water Armatus form.

From the popular RPG Tales of Zestiria, the protagonist Sorey is back and in his Water Armatus form.

His lightly fluttering coattails, flowing ponytail, and the enormous bow that would infuriate the hellions… The overwhelming presence that this figure creates is as expected of the power of the Armatus!

The vibrant blue bow that would draw anyone’s gaze, the clear parts used in the hair and feathers, to the minute details of the gold-colored accessories have been faithfully recreated so users can fully enjoy the mystical beauty of the Armatus form.

Additionally, this figure carries a special feature where the blue parts used in the bow, body, and feathers glow if shined with a blacklight which further highlights the one-of-a-kind feeling of armatization.

Sorey’s face is sculpted with a more mature look compared to the already existing Sorey figure. Display these two figures together to enjoy both a “Sorey about to embark on his journey” and “Sorey who has matured through his journey.”

It measures approx. 31 cm in height. It ships in a japanese window box.