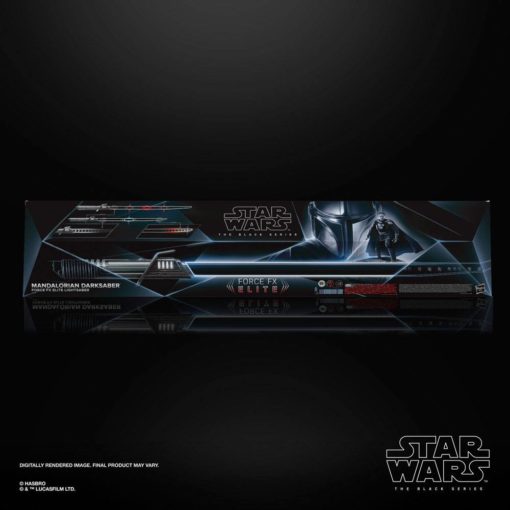 FREE Shipping to the UK
Earn 272 Points with this purchase!
Estimated Release: October 2021.

In Star Wars lore, the Mandalorian Darksaber is an ancient Lightsaber that serves as a powerful symbol of leadership to the Mandalorians — a unique weapon with a black-energy b…

In Star Wars lore, the Mandalorian Darksaber is an ancient Lightsaber that serves as a powerful symbol of leadership to the Mandalorians — a unique weapon with a black-energy blade lined with a crackling white edge.

PREMIUM DETAILING FOR AUTHENTICITY: The durable light-up metal hilt features design and deco based on the Darksaber seen in the live-action series The Mandalorian on Disney Plus

INCLUDES STAND: Proudly display this Mandalorian Darksaber Force FX Elite Lightsaber in any Star Wars collection with the included stand, with or without the removable blade