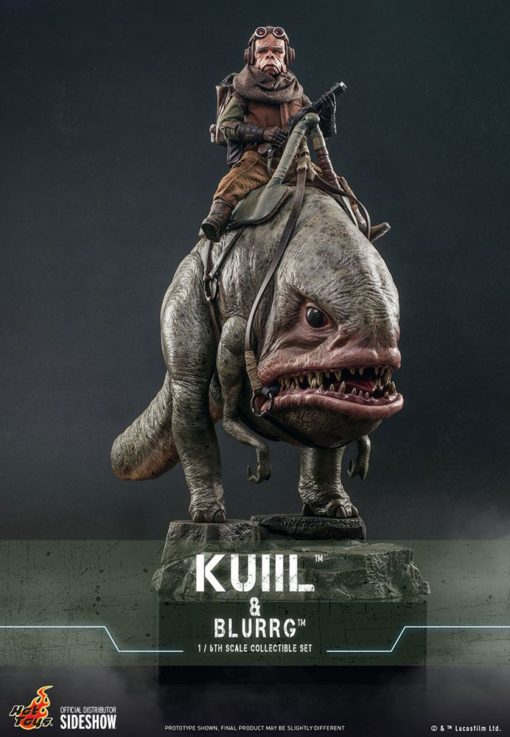 FREE Shipping to the UK
Earn 700 Points with this purchase!
Estimated Release: October 2022.

“The blurrgs will join me as well. I have spoken.”

“The blurrgs will join me as well. I have spoken.”

Kuiil the Ugnaught is a widely beloved character in the highly acclaimed The Mandalorian live-action series. Originally came to seek peace in an out-of-the-way world on Arvala-7, Kuiil helped the Mandalorian in many ways by teaching him to ride a blurrg, repairing the Razor Crest, and protecting young Grogu™ with his life.

The Kuiil collectible figure features a newly developed head sculpt with stunning likeness, an outfit with highly detailed tailoring, a rifle with a tranquilizer dart, a pair of goggles, a backpack, a bucket, and a themed display base!

The highly accurate Blurrg stands at approximately 37 cm tall (43 cm with base) and 60 cm in length. It features a detailed head and body, articulated arms, a saddle, and a rocky theme display stand!

This magnificent sixth-scale collectible set of Kuiil and Blurrg will surely be a great highlight in any Star Wars collection!