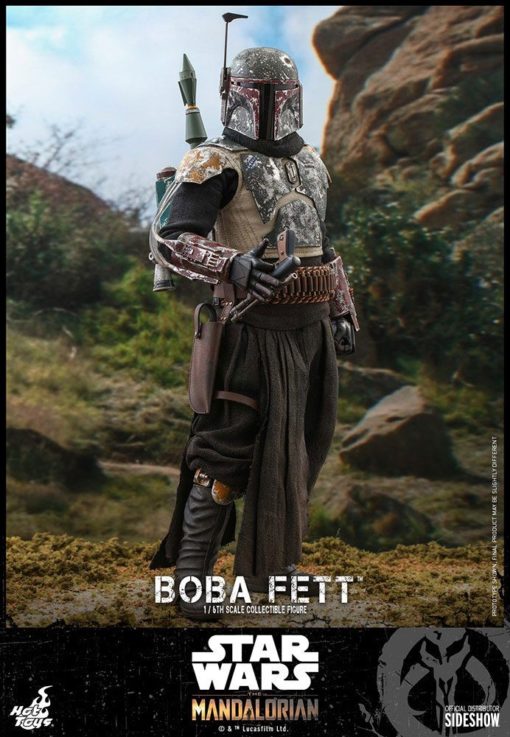 FREE Shipping to the UK
Earn 313 Points with this purchase!
Estimated Release: July 2022.

“I don’t want your armor. I want my armor that you got from Cobb Vanth™ back on Tatooine™. It belongs to me.”

“I don’t want your armor. I want my armor that you got from Cobb Vanth™ back on Tatooine™. It belongs to me.”

In the latest season of The Mandalorian, Star Wars fans were ecstatic to see the return of their beloved bounty hunter Boba Fett! Having survived the ordeal of the deadly Sarlacc pit on Tatooine, Boba Fett had set his sight to retrieve his legacy armor from the Mandalorian.

The Mandalorian collectible series from Hot Toys is expanding and we are thrilled to introduce the Boba Fett Sixth Scale Collectible Figure from the acclaimed Lucasfilm series!

This collectible figure will be destined to become an iconic piece in your Star Wars collection!