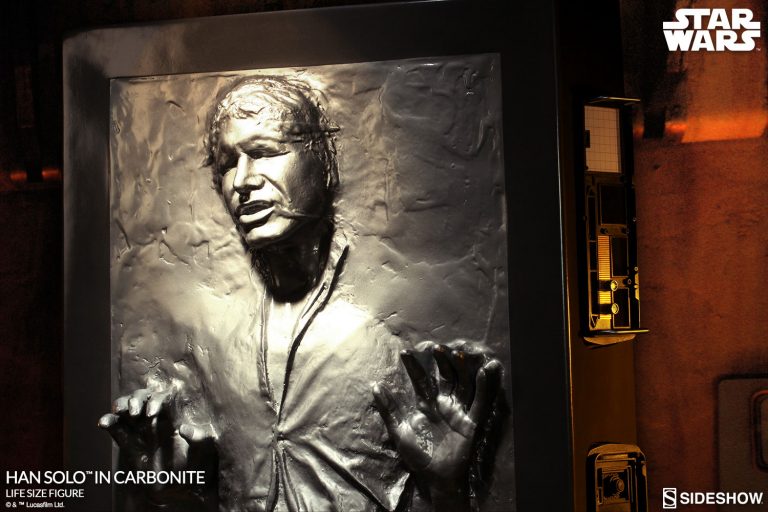 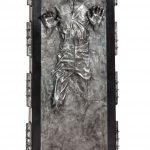 FREE Shipping to the UK
Earn 11,301 Points with this purchase!
Estimated Release: January 2022.

Bring home a piece of the Star Wars film legacy with the Sideshow Collectibles Han Solo in Carbonite Life-Size Figure.

Bring home a piece of the Star Wars film legacy with the Sideshow Collectibles Han Solo in Carbonite Life-Size Figure.

This magnificent seven-and-a-half foot tall replica captures every detail of the frozen smuggler with stunning realism, just moments after his affectionate parting words, ´I know,´ in The Empire Strikes Back. Expertly recreated in fiberglass and high quality materials, film-accurate light effects in the base, side panels and rear power canisters provide added authenticity to Solo´s carbonite prison. Jabba´s most sought-after trophy can now belong to you, as a truly unique centerpiece in any home theater, mancave or Star Wars display.

Comes with full-color detailed instructions, some assembly is required.