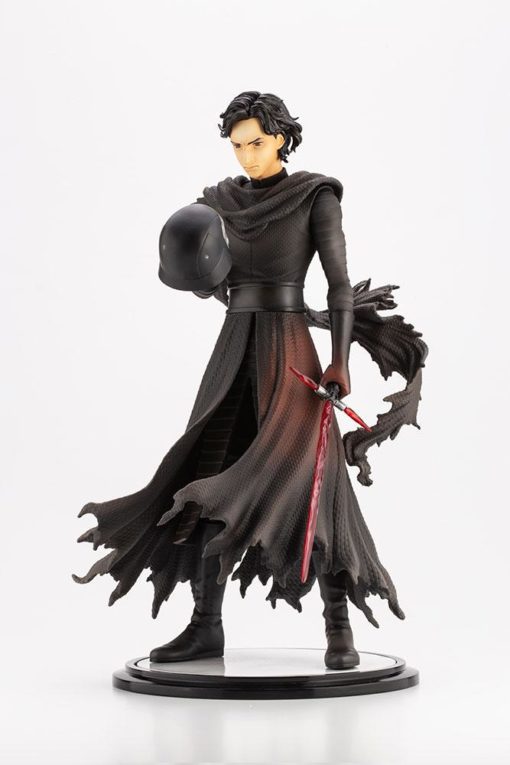 Earn 172 Points with this purchase!

The first artist in this collaborative new series is Kamome Shirahama who is known worldwide for her Marvel comics cover art!

Be sure to add this special Kylo Ren™ statue from Star Wars: The Force Awakens, who is brought to life in Kamome’s unique vision, to your very own collection. The original artwork that the statue is based off of will be included as an art print with this figure.

Cloaked in Shadows is the name of this work of art that Kamome Shirahama based the design of the statue off of. From the work of art’s title, to the posing and character design, all aspects are based off of Kamome’s original concept.

The helmet in the hands of Kylo Ren can be exchanged with Darth Vader’s helmet, giving fans the opportunity to display this work of art in various forms.

Keep your eyes peeled for more to come in Kotobukiya’s ARTFX Artist Series.