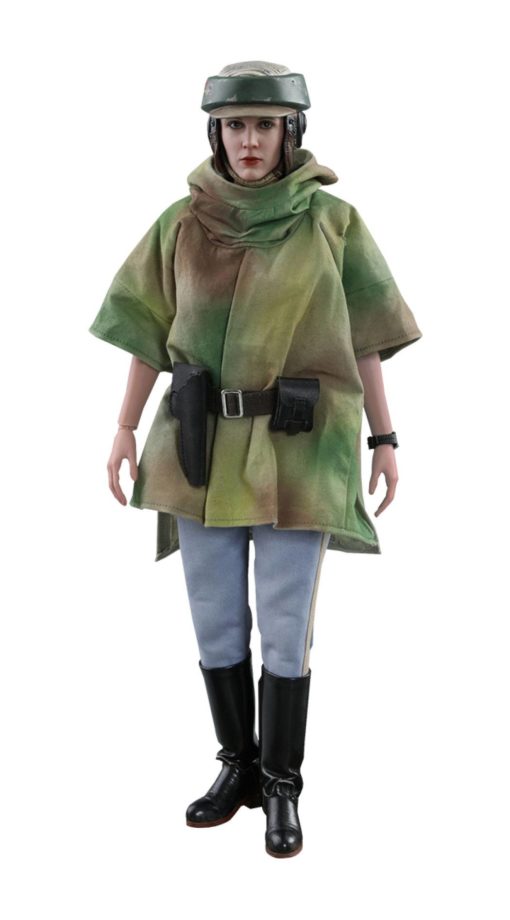 Princess Leia Organa was one of the Rebel Alliance’s greatest leaders, fearless on the battlefield and dedicated to ending the tyranny of the Empire. In Star Wars: Return of the…

Princess Leia Organa was one of the Rebel Alliance’s greatest leaders, fearless on the battlefield and dedicated to ending the tyranny of the Empire. In Star Wars: Return of the Jedi, Luke, Leia, Han, Chewbacca, C-3PO and R2-D2 are on a mission to penetrate the deflector shield generator on the forest moon of Endor in order to deactivate the shield for the Rebel fleet to attack and take down the second Death Star.

The highly-accurate collectible figure is specially crafted based on the appearance of Princess Leia in Star Wars: Return of the Jedi. It features a stunning head sculpt with astonishing likeness and new hair sculpture, Leia’s Endor outfit, a camouflage pattern poncho, helmet, blaster, watch, diorama accessories and an Endor themed figure base.