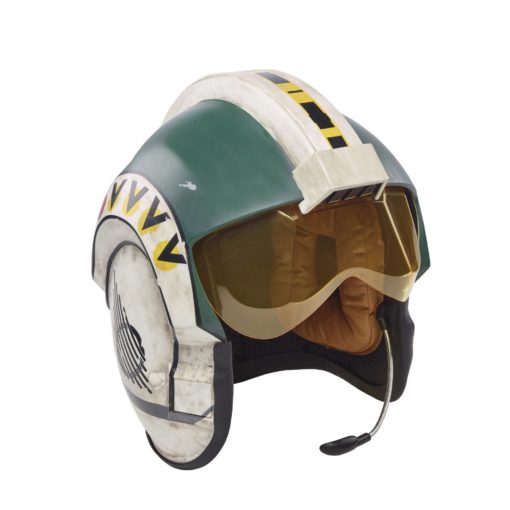 A talented young Rebel pilot from Correllia, Wedge Antilles survived the attack on the first Death Star and piloted a Snowspeeder in the defense of Echo Base on Hoth.

A talented young Rebel pilot from Correllia, Wedge Antilles survived the attack on the first Death Star and piloted a Snowspeeder in the defense of Echo Base on Hoth.

INSPIRED BY THE STAR WARS SAGA: Whether piloting an X-wing or a Snowspeeder, Wedge Antilles wore his iconic helmet into battle against the evil Empire

BATTLE OF YAVIN OR BATTLE OF HOTH?: Flip the switch inside the helmet to choose between a simulation of piloting Wedge Antilles’ X-wing at the Battle of Yavin or his Snowspeeder at the Battle of Hoth, featuring communication from R2-A3