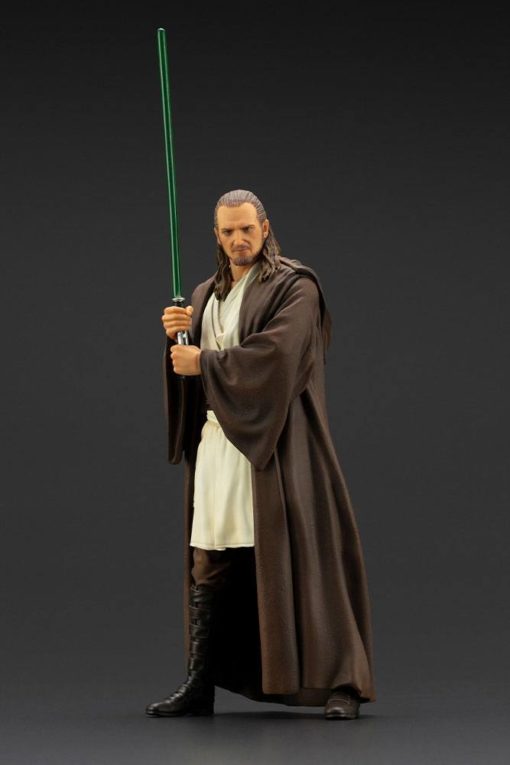 FREE Shipping to the UK
Earn 116 Points with this purchase!

This product brings to life every detail of the memorable Jedi Master; from his first encounter with Anakin Skywalker on Tatooine to his battle against the Sith Lord.
The figure can be displayed with the lightsaber at the ready, or you can display him in a way that shows the Master watching over his Padawan.

The Qui-Gon Jinn is entirely pre-painted and easy to assemble, allowing you to display it right out of the box! Be sure to add this product to your collection to expand the world of Star Wars™ in your very own home.