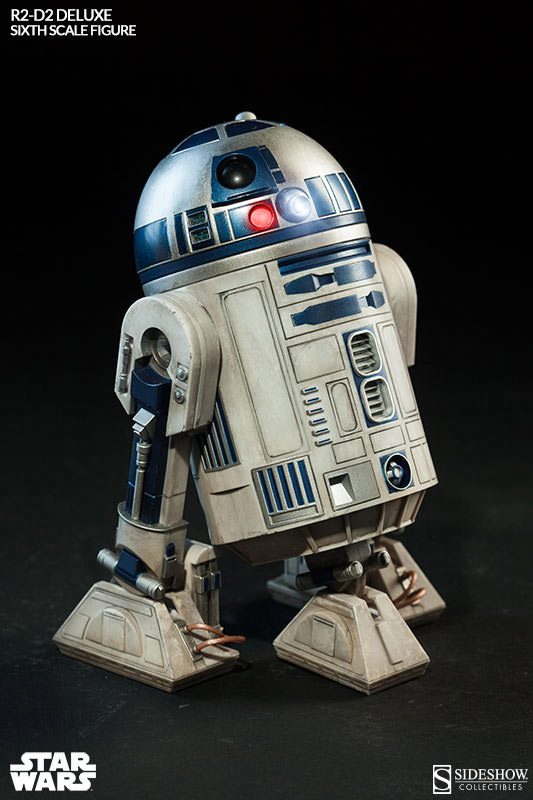 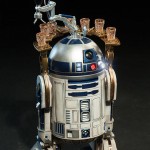 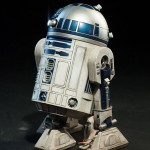 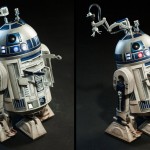 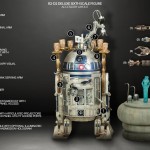 FREE Shipping to the UK
Earn 180 Points with this purchase!
Estimated Release: December 2021.

`An extremely well put-together little droid.´Joining the Star Wars Heroes articulated figure collection, Sideshow Collectibles is proud to present the R2-D2 Deluxe Sixth Scale Figure which stands approx. 17 x 11 x 9 cm. Everyone´s favorite droid from the galaxy far, far away is ready for adventure with intricate articulation and fantastic detailing. The feisty blue and white astromech rolls right off the big screen, with sequencing lights and a swiveling dome that features various moveable ports and hinged panels. Prepared to assist the Rebel Alliance, it’s full speed ahead for the starship mechanic, with rolling treads and a retractable third leg enabling tripedal travel. Additionally, Artoo features a hidden Skywalker lightsaber hilt with a magnetic tip that allows access to a range of his internal gadgetry, including periscope, life-scanner, and multiple articulated arms for performing various intergalactic duties. Recreate all of your favorite movie moments with special bonus accessories, including Ben Kenobi´s round table, Leia’s secret holographic transmission, and a multi-tiered beverage tray for R2’s one-time server gig on Jabba the Hutt’s luxury sail barge!Full of fun and surprises, this R2-D2 figure from Sideshow Collectibles is sure to delight Star Wars fans and collectors of all ages.