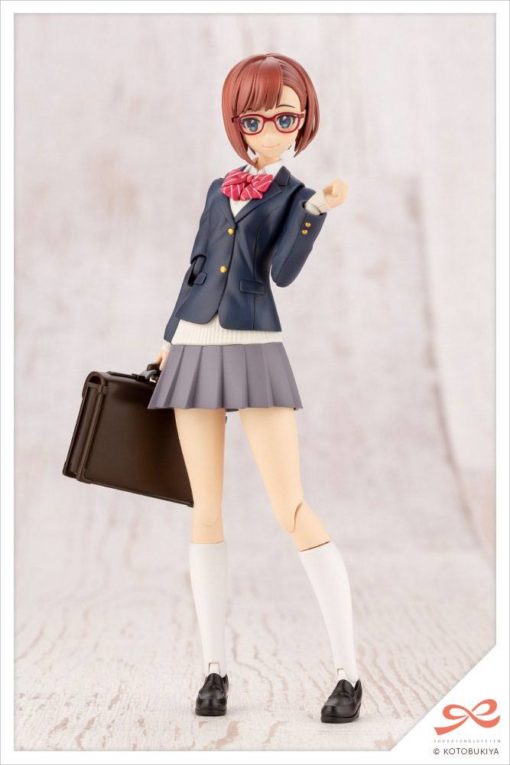 FREE Shipping to the UK
Earn 72 Points with this purchase!

“To build” and “to color” are the themes that encompass SOUSAI SHOJO TEIEN which features girls living their everyday lives as a plastic model kit with character designs all made by the popular Japanese illustrator, En Morikura. The second character to join this series, and the first in the lineup to come complete with glasses, is Koyomi Takanashi!

The number of parts required to assemble this model kit is fewer than that of a normal plastic model kit, making it easy to assemble for new and old fans alike. You can enjoy a finish that is close to the image on the box just by assembling the pieces together!
*This model kit requires additional tools such as nippers for assembly.

4 pre-painted face parts, 3 hairstyle parts, and 3 skirt parts with varying designs are included in this model kit for a myriad of customization options; a perfect continuation to this exciting start to a new series!