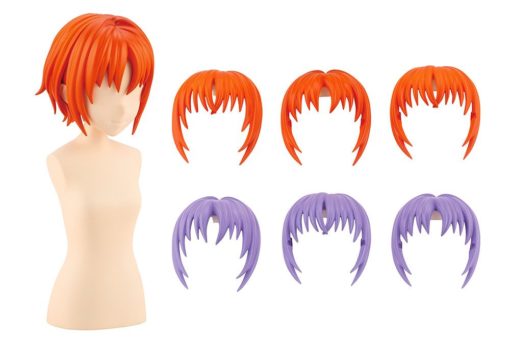 FREE Shipping to the UK
Earn 26 Points with this purchase!
Estimated Release: December 2021.

A new series of wig parts for customizing the hairstyles of SOUSAI SHOJO TEIEN models is here! Give your models a fresh new look with this tomboyish short hairstyle.

A new series of wig parts for customizing the hairstyles of SOUSAI SHOJO TEIEN models is here! Give your models a fresh new look with this tomboyish short hairstyle.