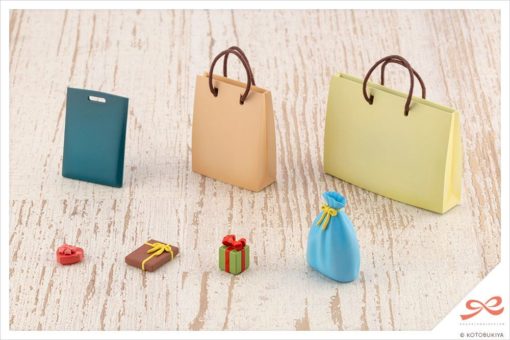 FREE Shipping to the UK
Earn 25 Points with this purchase!
Estimated Release: December 2021.

Introducing the optional part series that truly brings SOUSAI SHOJO TEIEN characters to life: the “After School” series. The sixth in this series is the AFTER SCHOOL PRESENT SET.

Introducing the optional part series that truly brings SOUSAI SHOJO TEIEN characters to life: the “After School” series. The sixth in this series is the AFTER SCHOOL PRESENT SET.

The set includes four types of presents, a large gift bag, a small gift bag, and a plastic gift bag. These parts can be used to create gift-giving and shopping scenes with the characters!