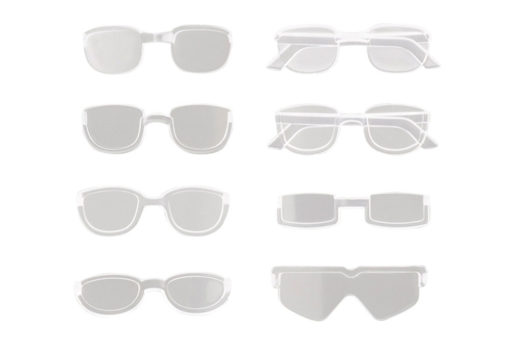 FREE Shipping to the UK
Earn 18 Points with this purchase!
Estimated Release: December 2021.

Introducing the optional part series that truly brings SOUSAI SHOJO TEIEN characters to life: the “After School” series. The fifth in this series is the AFTER SCHOOL GLASSES SET!

Introducing the optional part series that truly brings SOUSAI SHOJO TEIEN characters to life: the “After School” series. The fifth in this series is the AFTER SCHOOL GLASSES SET!

This set includes six different pairs of glasses. The glasses are compatible with the separately sold Koyomi Takanashi and AFTER SCHOOL SHORT WIG TYPE: A parts, allowing you to enjoy a wide range of styles.

*The parts are made of clear colorless plastic.