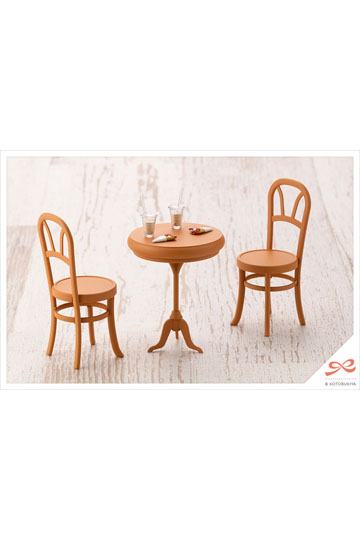 FREE Shipping to the UK
Earn 28 Points with this purchase!

Introducing the optional part series that truly brings SOUSAI SHOJO TEIEN characters to life: the “After School” series. The first in this series is the AFTER SCHOOL CAFE TABLE!

Introducing the optional part series that truly brings SOUSAI SHOJO TEIEN characters to life: the “After School” series. The first in this series is the AFTER SCHOOL CAFE TABLE!

Also, a “stuck-out tongue” face part that is compatible with Madoka Yuki from the SOUSAI SHOJO TEIEN line and additional decal are also included.