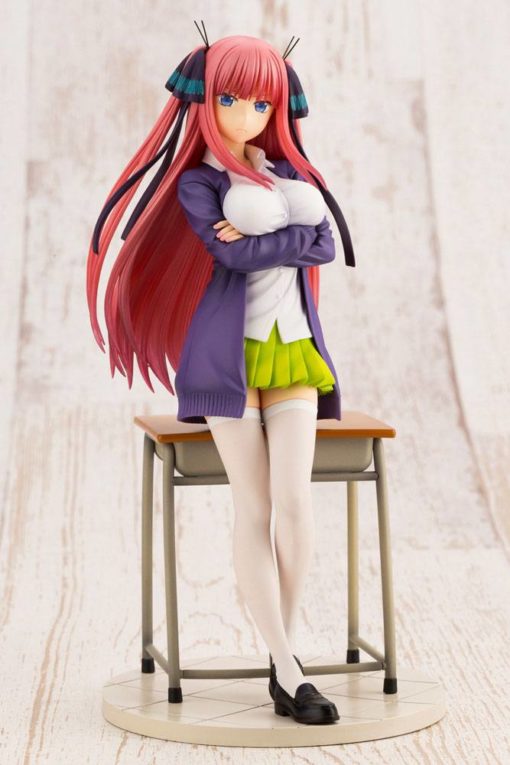 FREE Shipping to the UK
Earn 130 Points with this purchase!
Estimated Release: October 2021.

Nino Nakano from the hit anime The Quintessential Quintuplets is now available as a 1/8 scale figure!

Nino Nakano from the hit anime The Quintessential Quintuplets is now available as a 1/8 scale figure!

Nino comes to life standing with her arms folded and holding a strong gaze that seems to be directed towards you.

With the detailed flowing long hair and the realistic sculpt of her clothes, there are many must-see details in this statue even as she stands in a simple pose.

The figure also comes with an interchangeable smiling face part allowing fans the option to display Nino with different expressions.

Be sure to display this figure with Ichika Nakano, Miku Nakano, Yotsuba Nakano, and Itsuki Nakano to recreate the world of The Quintessential Quintuplets!