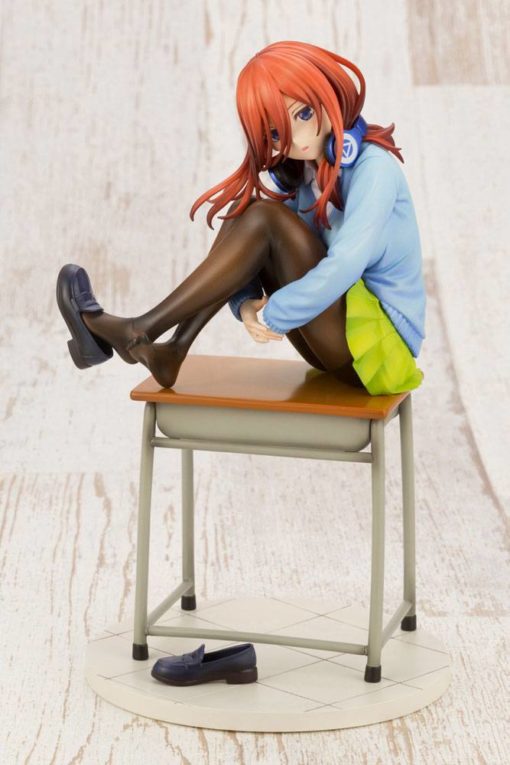 Earn 135 Points with this purchase!
Estimated Release: May 2021.

Miku Nakano from the hit anime The Quintessential Quintuplets is now available as a 1/8 scale figure!

Miku Nakano from the hit anime The Quintessential Quintuplets is now available as a 1/8 scale figure!

Miku sits perched on top of a desk, hugging her legs to her chest. Although the posing is straightforward, the figure is full of subtle details and movement, from the creases in her sweater to her flowy hair. Naturally, Miku is wearing her signature blue wireless headphones. While one of the figure’s loafers hangs playfully from her foot, the other shoe is a separate part that can be displayed in the placement of your choosing.

The figure also comes with an interchangeable smiling face part, allowing you to enjoy two different sides of the character.

The statue can be removed from the desk base, allowing you to display her separately on top of your own desk, monitor, or any flat surface!