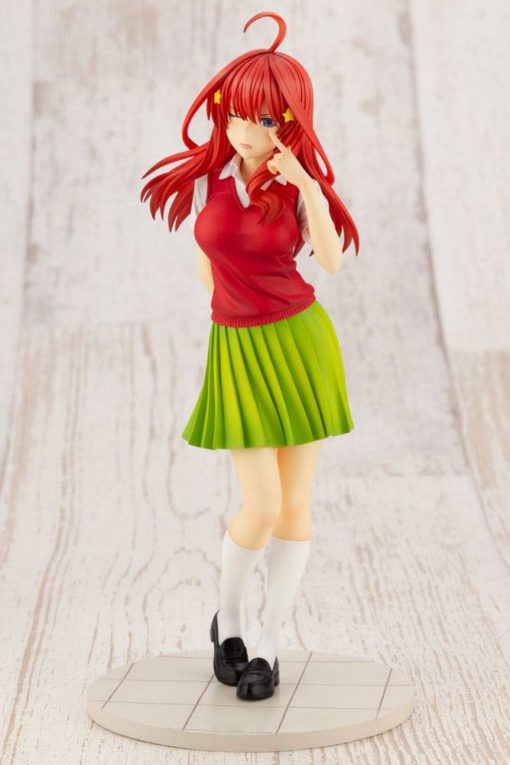 Earn 144 Points with this purchase!
Estimated Release: May 2021.

Itsuki Nakano from the hit anime The Quintessential Quintuplets is now available as a 1/8 scale figure!

Itsuki Nakano from the hit anime The Quintessential Quintuplets is now available as a 1/8 scale figure!

Itsuki comes to life as she can be seen sticking her tongue out at you.

Catch a glimpse of her glutton personality with this detailed sculpt as she holds a meat bun in her right hand.

The figure also comes with an interchangeable hand part which gives fans the option to display and enjoy Itsuki as she holds her hands behind her back.

Be sure to add this character to your collection!