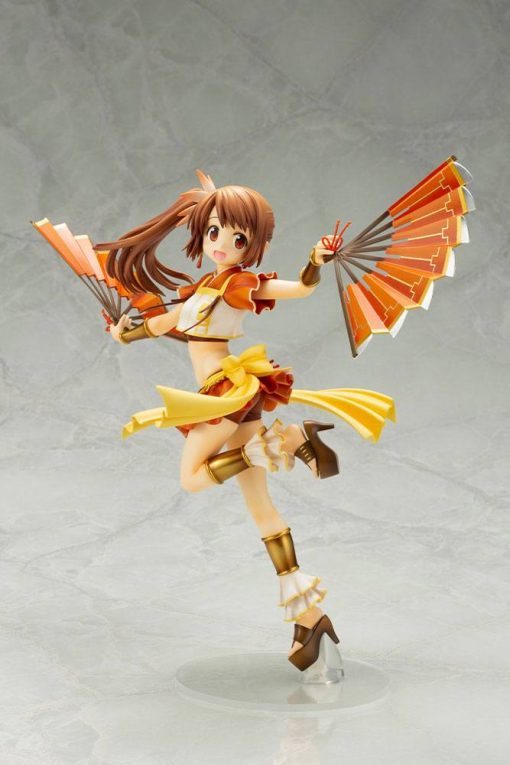 Earn 131 Points with this purchase!

This highly detailed statue is based on Yui’s character design from her five star card in the game. The energetic posing and vivid orange, yellow, and gold tones of her costume show off the character’s bold personality. From the colored gradation on her fans to the intricate construction of her hair accessories, this rendition of Tsuruno Yui is packed with eye-catching detail.

Add stunning rendition of the fun and lively magical girl to your collection today!

The statue is made of PVC and stands approx. 25 cm tall. It ships in a japanese window box.