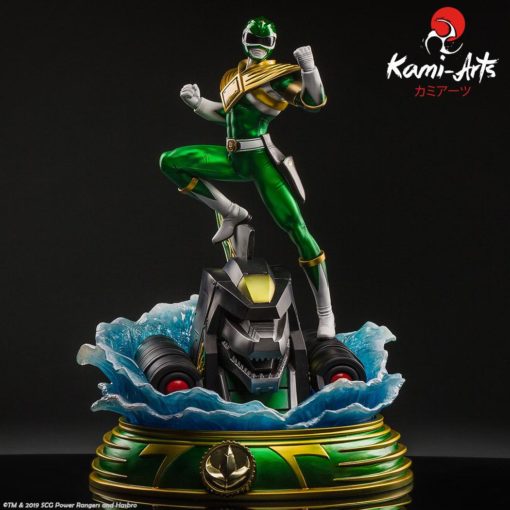 FREE Shipping to the UK
Earn 840 Points with this purchase!
Estimated Release: October 2022.

Rita decides to enchant Tommy into being her loyal servant, giving him the Dragon Power
Coin which allows him to transform into the Green Power Ranger, possess the Dragon Shield
which makes him stronger than the other Power Rangers, and be armed with the Dragon
Dagger and the Sword of Darkness.

The Dragon Dagger allows him to summon the Dragonzord. After his confrontation with the other Rangers, the Green Ranger will be freed from Rita’s enchantment and will eventually join the team to fight against evil.

Unlike the other Power Rangers, he has his own outfit and also possesses multiple bladed
weapons, including daggers, swords, axes and spears.

A 1:6 scale statue, here you have the Green Ranger in attack position with 4 display options. The Dragonzord is shown at the base of the statue.