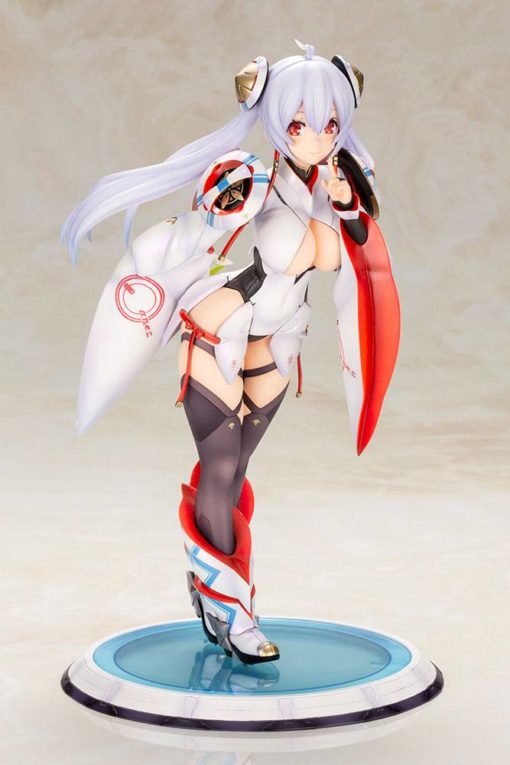 Matoi can be seen in her Mikoto Cluster outfit, the ironstone parts of her outfit are painted in a pearly color, giving it a more realistic and shiny appearance compared to the rest of the outfit.

The hair uses clear parts to give it a realistic and almost translucent appearance. With the fine details in the sculpt of her hair, this figure beautifully showcases Matoi’s charm.

Matoi can be seen hiding her favorite flower from Naberius behind her back. This flower can be attached or removed from her hand to display.

Markings all over her body have been fully reproduced as well.

Enjoy this Matoi statue that perfectly replicates Nidy-2D-‘s illustration and the essence of Matoi as can be seen in the game. Get your hands on this figure and enjoy all the details in this special figure.