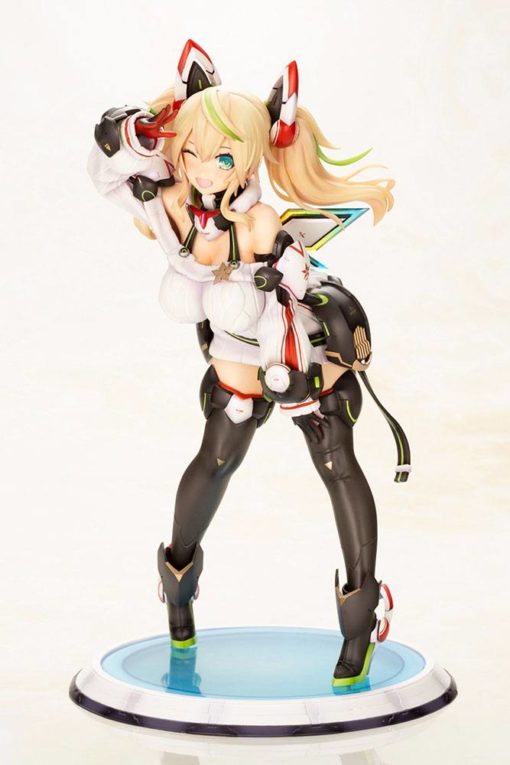 FREE Shipping to the UK
Earn 181 Points with this purchase!

Gene can be seen in her Stella Memories outfit, and the hard and soft parts of her outfit are painted in a different manner to give off a more realistic appearance in each detail.

The hair has been sculpted to look as though it is flowing in the wind, and the silhouette of the figure perfectly resembles the essence of Gene’s character. Gene’s infamous green streaks are also painted into the hair naturally. The head part holding her hair up has also been painted with fine detail to seamlessly add to the feel of this statue.

Nidy-2D-‘s illustration puts an emphasis on Gene’s shoulders as they can be seen peeking out of the knit sweater. From the texture of the sweater to the way it seems to be sliding off of her shoulder, all aspects from the original illustration have been perfectly captured.

The Luminous Unit wing that can be seen on her back uses clear plastic to add an elegant and shiny appeal to the statue, as can be seen in the original illustration.

Markings all over her body have been fully reproduced as well.

Enjoy this Gene statue that perfectly replicates Nidy-2D-‘s illustration and the essence of Matoi as can be seen in the game. This statue has been fully approved by the PSO2es team! Get your hands on this figure and enjoy all the details in person.