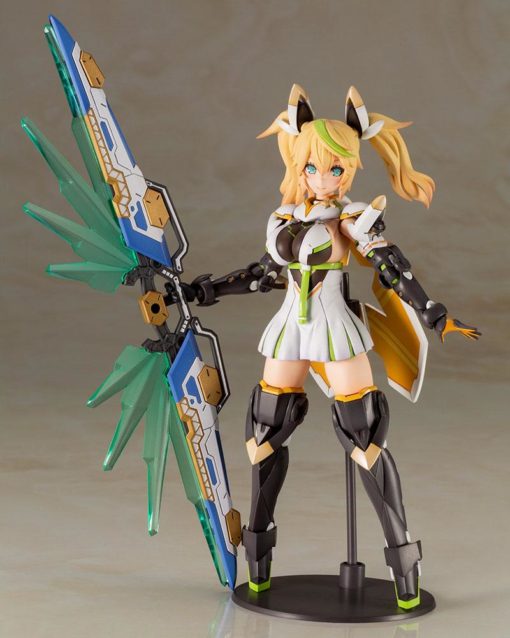 Earn 72 Points with this purchase!

The model’s sculpting faithfully recreates the character’s appearance from the game, and thanks to the use of CAD technology, boasts an excellent range of articulation that makes it easy to recreate poses and scenes from the game.

As a plastic model kit, Gene is highly customizable, and can even be equipped with parts from the ASRA NINJA and ASRA ARCHER Megami Device Kits, which were designed by Nidy-2D, the illustrator for Gene’s character art in the game.