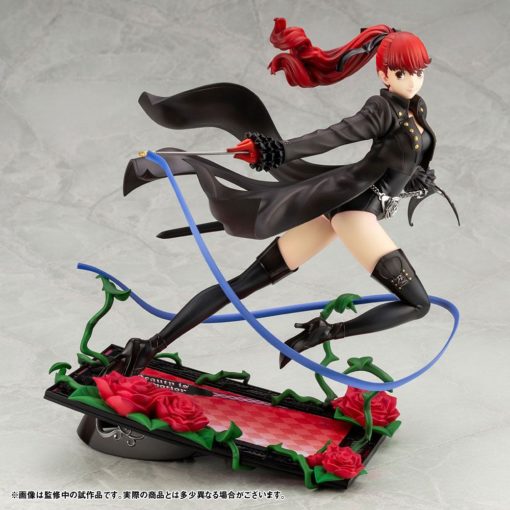 Her body proportions as can be seen under her phantom thief costume is perfectly replicated as she is displayed in a dynamic pose. This sculpt showcases a lovely finish that can be enjoyed from any angle.

The brilliant roses of the base, Kasumi’s ribbon floating around her, her dignified yet adorable expression, and her long sword and mask are recreated with exact precision making this figure a must-have for Persona 5 fans worldwide.

Display this figure with ARTFX J Hero Phantom Thief ver. (reproduction) and enjoy the gallant form of these two characters dashing past each other recreating the world of Persona 5.