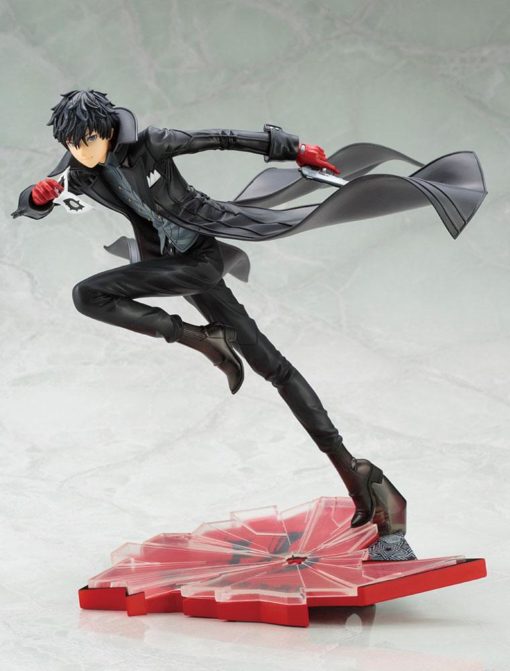 The leader of the Phantom Thieves of Hearts runs forward, his black coat trailing behind him as he pulls off his mask and holds a gun ready in his left hand.

Beautifully sculpted in 1/8 scale, including a special base with a simulated broken glass look.