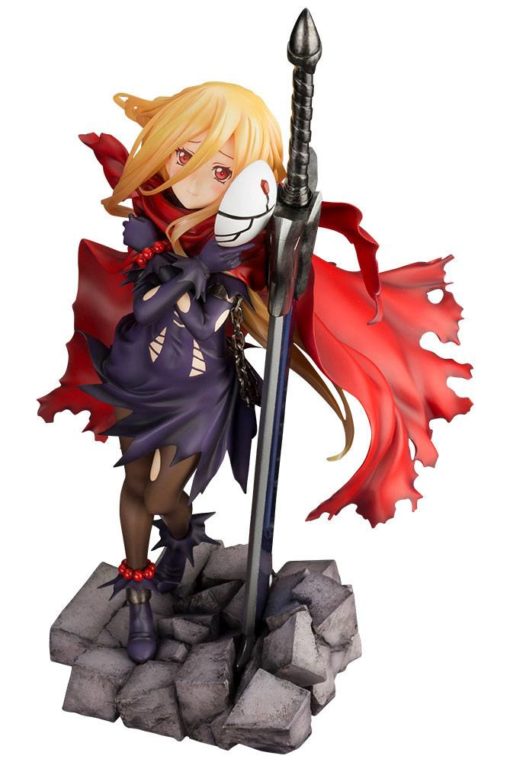 From the hit manga series that has sold over eight million copies in total and has been adapted into a world renowned anime, Overlord, comes a 1/7 scale figure of Evileye, the a…

From the hit manga series that has sold over eight million copies in total and has been adapted into a world renowned anime, Overlord, comes a 1/7 scale figure of Evileye, the adamantile ranked adventurer and magic caster of Blue Roses. From the mask that Evileye is known for, to her signature hooded look and the bracelet on her wrist, this figure stays true to the character of Evileye by the added details in every angle of the figure. Various details such as her hooded cape, bracelet, and chains have been painted to give off a weathered feel, to add to the realism of having been worn by Evileye for decades. The Great Sword that Evileye can be seen leaning up against has been sculpted and painted to depict its history in combat. The grip shows detailed weathering, while the blade itself has been painted in a metallic blue. The hauntingly beautiful Great Sword adds to the scene depicted in this figure. And finally, this base brings this entire figure together with the realistic ground which looks destroyed after battle. Be sure to get your hands on this cute rendition of Evileye, with her innocent face of a girl who has fallen in love. It stands approx. 28 cm tall and comes with base in a window box packaging.