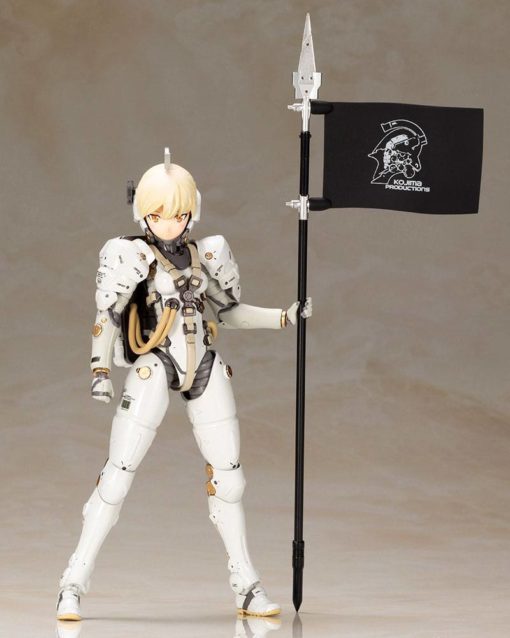 Ludens, the symbolic character for game creator Hideo Kojima’s very own company, Kojima Productions, will be released as a beautiful girl model kit! This model kit was based on …

Ludens, the symbolic character for game creator Hideo Kojima’s very own company, Kojima Productions, will be released as a beautiful girl model kit! This model kit was based on original design by art director Yoji Shinkawa.

– The Spear Flag included is decorated with the Kojima Productions logo.
– Two variants of the flag are included: clear green, black
– This model comes with three interchangeable face parts: “looking forward”, “scowling”, and “smiling”
– This model includes pre-printe- d face parts, allowing you to easily recreate the model’s default appearance without paint or decals.
– This model includes two skull masks: one to be worn, and one to be held.
– Parts are included to display the arms and legs in and out of the EVA Creative Suit.
– This model includes a total of ten set of hand parts: five set of hand parts included for the suited arm, and five set of hand parts are included for the bare arm.
– A newly designed back pack part is also included.
– The model kit contains decals for the eyes and other markings.
– This model maintains its likeness to previously released Frame Arms Girl Baihu, whose design was also made by Yoji Shinkawa.
– The model is equipped with several 3mm connection points, making it compatible with existing M.S.G, Frame Arms, and Frame Arms Girl weapons and armor.