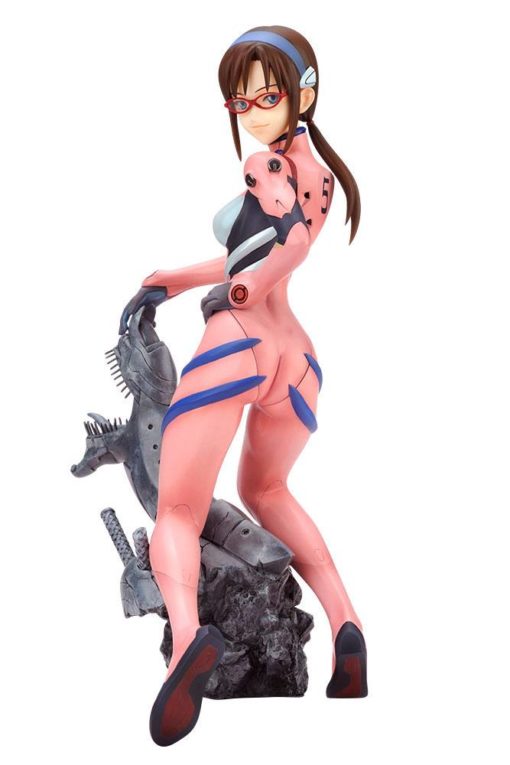 Kotobukiya’s 1/6 scale figure of Mari Makinami Illustrious is back in a brand new package!

Kotobukiya’s 1/6 scale figure of Mari Makinami Illustrious is back in a brand new package!

With the movement that can be seen in her pose as she turns her body sideways, hands positioned at her waist, and showcasing a slight smile, the figure emulates her poise and confident personality much like in the movie.

The bright pink color and the molding that resembles a rib on the torso of her plugsuit has been sculpted to depict the uniqueness of its designed.

The bangs for this statue are removable so you can display Mari with or without her glasses to match your preference.

The statue and the unique base that resembles a stone statue of EVANGELION Unit-02 in Beast Mode are sculpted by Shirahige Tsukuru, the craftsman behind all of the Evangelion statues in this series. Be sure to pay close attention to the detail in the statue that is true to Shirahige Tsukuru’s craftsmanship.