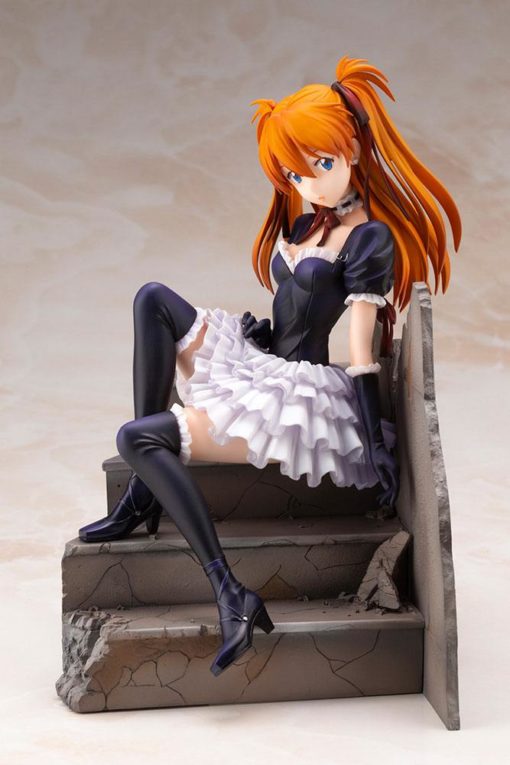 Earn 163 Points with this purchase!

This Asuka Sohryu Langley Gothic & Lolita Costume Ver. returns with an all new sculpt and mold, as well as all-new packaging.

The sculpt of this figure has improved drastically since its original release: from the details in the face, the realistic paint and sculpt of the hair and physique, all the way down to the naturally flowing frills and wrinkles in the clothing adding movement to this figure.

Enjoy this all new take on Asuka Sohryu Langley Gothic & Lolita Costume Ver. Be sure to add this gem to your collection!