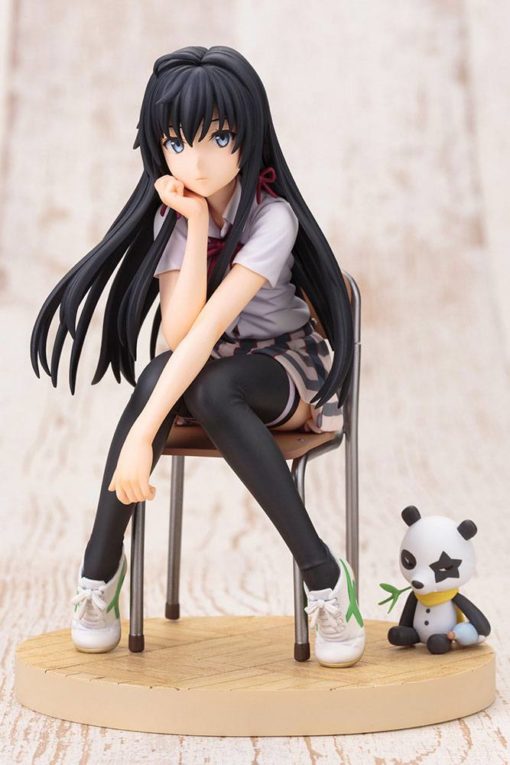 Yukino Yukinoshita comes to life as she sits listlessly in a chair with her chin in her hand looking this way.
This sculpt highlights the delicate details of her posture from her lifted heels and knees with the subtle pull of calf muscle to her relaxed left arm.

This figure has been made to look perfect displayed next to “Yui Yuigahama.”