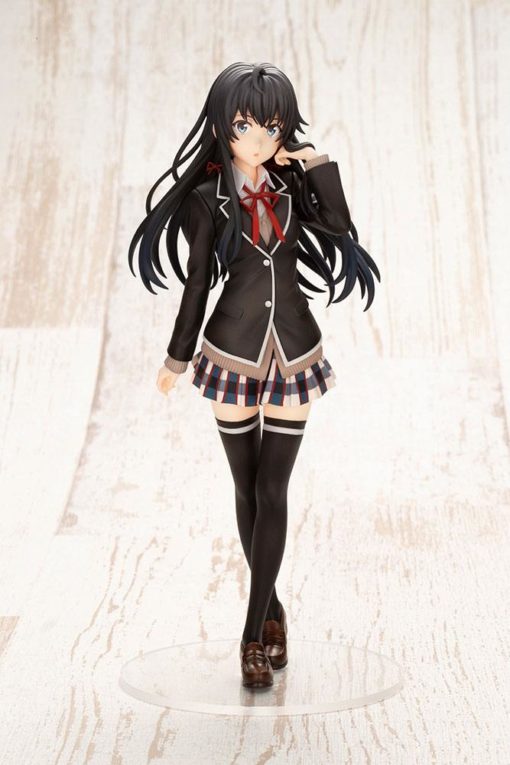 From the third and final season of the popular TV anime currently airing, “My Teen Romantic Comedy SNAFU,” a 1/8 scale figure of Yukino Yukinoshita based off of all-new original…

From the third and final season of the popular TV anime currently airing, “My Teen Romantic Comedy SNAFU,” a 1/8 scale figure of Yukino Yukinoshita based off of all-new original illustration joins Kotobukiya’s figurine lineup.

Despite the simple pose, this figure perfectly replicates the brief moment that Yukino Yukinoshita can be seen loosening up her usual cool demeanor.

From her beautiful figure to her long and flowing hair fluttering behind her, every detail has been faithfully recreated within this sculpt.

Be sure to add this “Ice Queen,” Yukino Yukinoshita, to your collection to enjoy this rare sight of her softened expression.