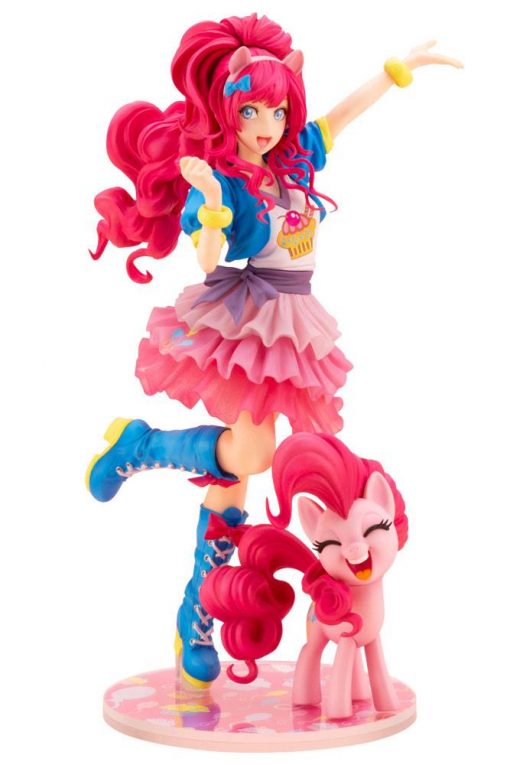 First up in this new series is the talkative party girl, Pinkie Pie!
The original pony has been transformed into an adorable BISHOUJO by famous illustrator Shunya Yamashita.

Pinkie Pie wears a pink shirt decorated with her favorite sweet treat and a frilly skirt that simultaneously gives the statue a sense of volume and lightness. Based on her appearance in Equestria Girls, this original BISHOUJO statue is packed with details that embody Japan’s unique “KAWAII” street fashion.

The included pony version of Pinkie Pie is recreated in precise detail, from her long eyelashes to her signature smile, which is sure to bring a smile to your face. With two smiling Pinkie Pies in one beautifully crafted product, let this duo into your heart to bring joy and laughter into your life!