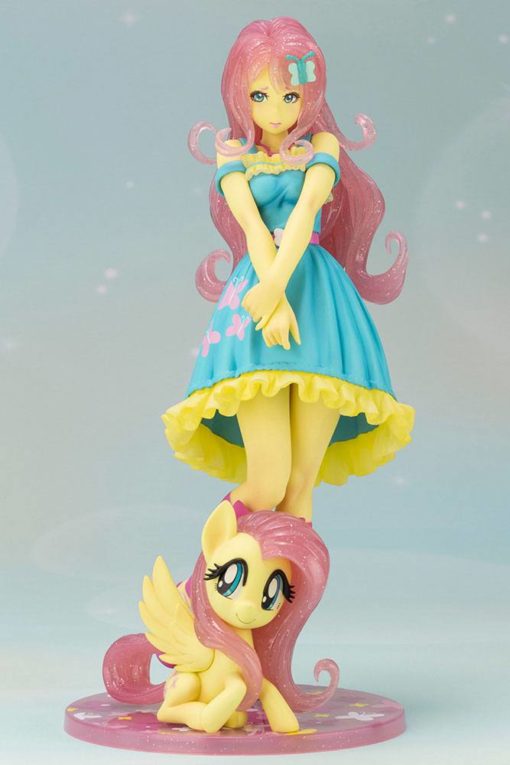 FREE Shipping to the UK
Earn 120 Points with this purchase!

The Officially Licensed MY LITTLE PONY BISHOUJO series is now back in an all-new limited edition color variant! Next in the lineup is Fluttershy!

The Officially Licensed MY LITTLE PONY BISHOUJO series is now back in an all-new limited edition color variant! Next in the lineup is Fluttershy!

Fluttershy’s hair and base is now made of clear plastic material full of glitter all over! Her sparkling presence comes across even more clearly! ?

The candy-like look and texture of this figure make it seem like she might be giving off a sweet scent. Fans will not be able to keep their eyes off of this statue!

The skin tone now matches her appearance in “My Little Pony: Equestria Girls”!

The packaging for this figure has also been upgraded with a hologram design to add a completely different finish from the regular Fluttershy BISHOUJO for fans to enjoy.

Be sure to add these special ponies to your collection!