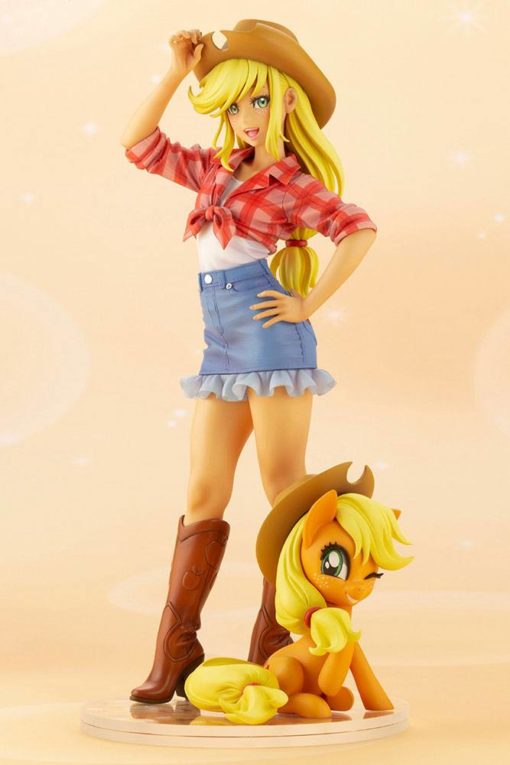 The last character to join the lineup is the lively Earth pony who works at Sweet Apple Acres: Applejack! Applejack has been beautifully rendered into the BISHOUJO style by BISHOUJO series illustrator Shunya Yamashita.

From the way she displays her cowgirl hat proudly to the world, to the way she flashes her warm smile, her kind, and family-oriented nature clearly shines through. Applejack’s checkered shirt and denim skirt have been sculpted to look like they have been made with different materials. Her clothing, despite being made of harder material, almost looks like they are soft to the touch. Also, check out the adorable apple mark carved into her boots!

This statue comes complete with a beautifully detailed pony that stays true to the original character design; look at the detail in Applejack’s expression as she happily winks at everybody admiring her.