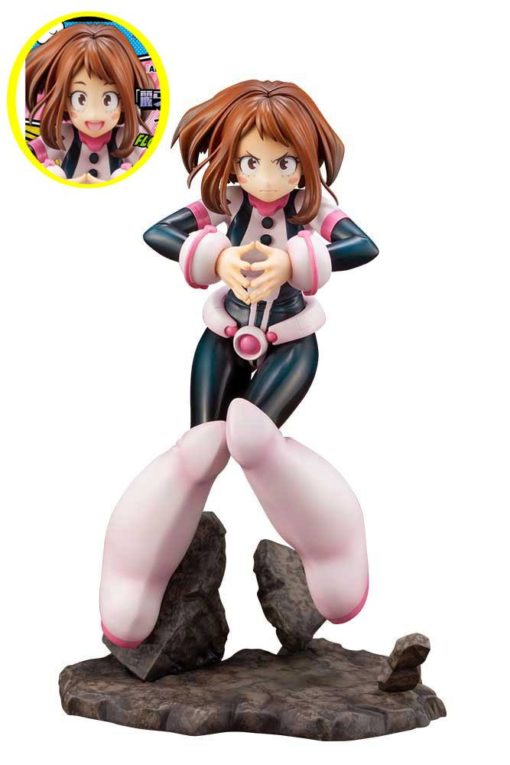 The ARTFX J line strives to bring characters from popular anime old and new to their fans throughout the world. This series of 1/8 scale statues brings to life the aspiring heroes of My Hero Academia at their best, in the moments when they face off against a “villain.” Ochaco’s sculpting and posing show off her “Zero Gravity” Quirk, with playful, buoyant detail. The statue also includes interchangeable parts to display her with and without her helmet.

Display Ochaco alongside her classmates, Izuku Midoriya, Katsuki Bakugo, and Shoto Todoroki to recreate the world of My Hero Academia!

The Exclusive Version Comes with an additional Head.