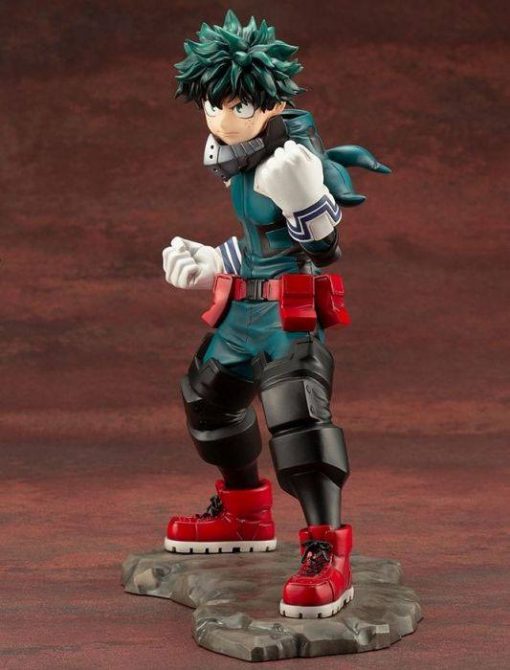 FREE Shipping to the UK
Earn 95 Points with this purchase!

The protagonist from the hit anime My Hero Academia – Izuku Midoriya is joining Kotobukiya’s lineup as a scale figure!

The protagonist from the hit anime My Hero Academia – Izuku Midoriya is joining Kotobukiya’s lineup as a scale figure!

Izuku’s pose portrays the protagonist turning to face an enemy. Although simplistic, the statue’s straightforward posing captures the aspiring hero’s strength and determination while showing off all of the subtle details in the statue’s sculpting.

After Izuku, the lineup will continue with Katsuki Bakugo, Shoto Todoroki, and Ochaco Uraraka. Collect them all to recreate the world of My Hero Academia!