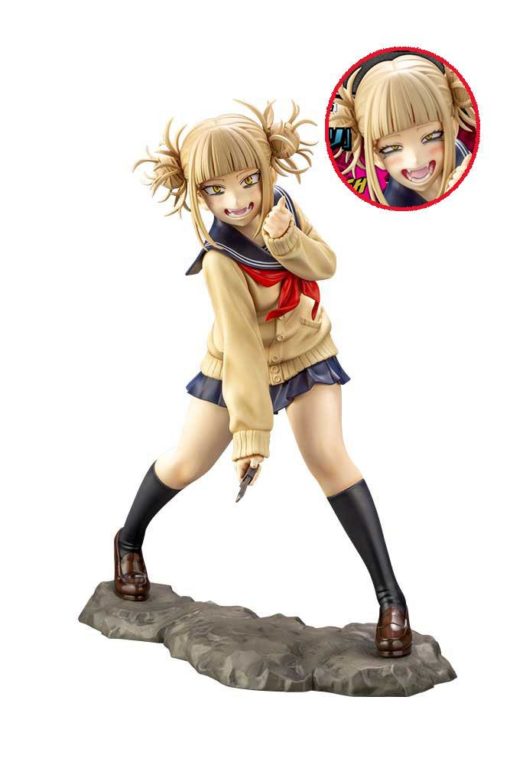 From the League of Villains of the hit anime My Hero Academia, Himiko Toga joins Kotobukiya’s lineup as a scale figure!

From the League of Villains of the hit anime My Hero Academia, Himiko Toga joins Kotobukiya’s lineup as a scale figure!

At first glance, she looks like a normal high school girl as she stands in a cutesy pose, but the knife that she is gripping in her right hand hints at her twisted personality.

Display Himiko Toga facing off against the heroes to recreate the world of My Hero Academia in your own home!