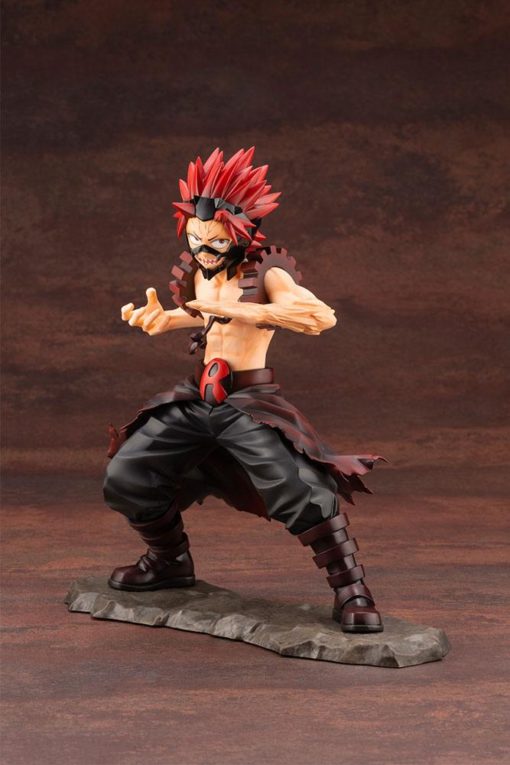 The latest character from the hit anime My Hero Academia to join Kotobukiya’s ARTFX J line is Eijiro Kirishima!

The latest character from the hit anime My Hero Academia to join Kotobukiya’s ARTFX J line is Eijiro Kirishima!

The ARTFX J line strives to bring characters from popular anime old and new to their fans throughout the world. The newest in line for this 1/8 scale statue series brings to life the aspiring heroes of My Hero Academia at their best, in the moments when they face off against a “villain.” Eijiro’s sculpting and posing show off his fighting spirit from every angle.