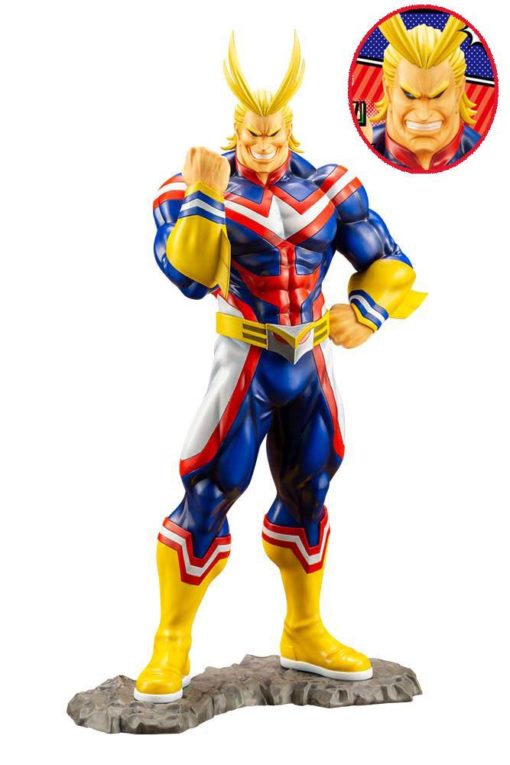 The sculpt was developed based on the concept of “facing up against villains.”

All Might comes to life full of strength which can be seen through his stance and his mighty fists. Take notice of the detailed sculpt of his well trained and sturdy muscles that are a fitting representation of the “Symbol of Peace.”

Display alongside previously released Izuku Midoriya and the rest of the characters to recreate the world of My Hero Academia!