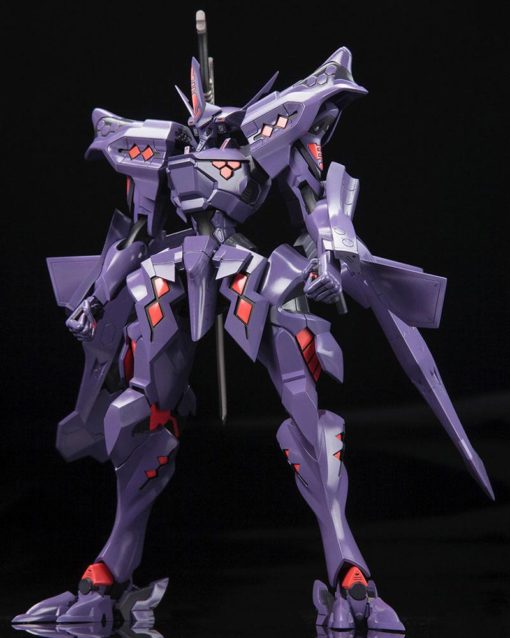 FREE Shipping to the UK
Earn 73 Points with this purchase!
Estimated Release: November 2021.

Next up in the hit line of amazing model kits celebrating the giant robots of Muv-Luv Alternative is an upgrade on one of the specific Japanese high-performance Tactical Surface Fighter sub-type, the TAKEMIKADUCHI TYPE-00R VER. 1.5! Specially designed for its battle prowess, the Type-00R version of the third-generation TSF is reserved for the general, also known as “shogun.” That’s also where it gets its stunning color palette with vivid red and purple, the symbolic color of the Shogunate. The 00R Ver. 1.5 is a powerful combatant with massive angular armor plates, large clawed feet, and of course the distinctive horned head that’s immediately recognizable. The new version of the Takemikaduchi is comprised of 450 pre-colored pieces so no painting is required. With multiple included weapon options including swords and guns (many of which you can store on its back!) you can arm your new Type-00R as you like, and multiple points of articulation let you pose it in any dynamic battle stance! The elite TSF stands over 7 inches tall and looks great by itself or alongside other Muv Luv plastic model kits from Kotobukiya.