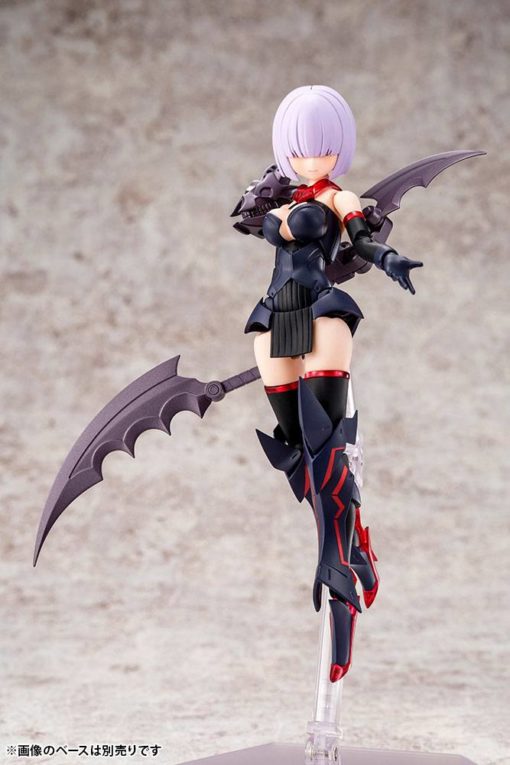 “Megami Device” is a plastic model kit series combining Bishoujo-style beauties and heavy-duty weapons and armor. Each character has a main body, or “machinika,” designed by Masaki Apsy along with a huge array of interchangeable parts to outfit her as you like! The latest character to join the series is BULLET KNIGHTS EXECUTIONER, based on character art by Yasutaka Isegawa!

This new Megami Device unit uses the base design of BULLET KNIGHTS LAUNCHER and comes with all-new accessories and can be customized with M.S.G for a multitude of customization options. Assemble weapons and armor to this moveable Bishoujo-style model and enjoy creating a different image every time. This model has been made with greater volume around the hips and thighs than previous Megami Device characters.