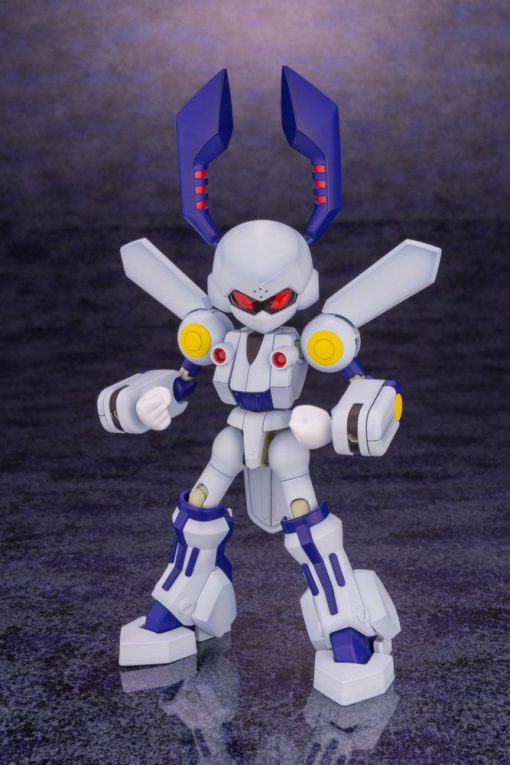 FREE Shipping to the UK
Earn 59 Points with this purchase!
Estimated Release: October 2021.

This model kit not only recreates the appearance of Dorcus, but also includes a special feature where users can Medachange this model into “Reckless Mode”. The right arm sword “Forvice” and left arm hammer “Intense Beat” can be recreated with interchangeable parts. The elbow joints are of the same sculpt as the popular TYRRELL BEETLE.

The model kit closely resembles the character’s appearance in the series with the included dialogue parts and a detachable medal for its back.

The customizable aspect of the robots in the series is represented in the model kit as well, allowing you to create your very own Medarot!

The kit comes with two pre-painted and one unpainted clear red face visor part, allowing you to display the model however you want. The parts are made of multi-colored plastic, allowing for easy assembly with no painting required!