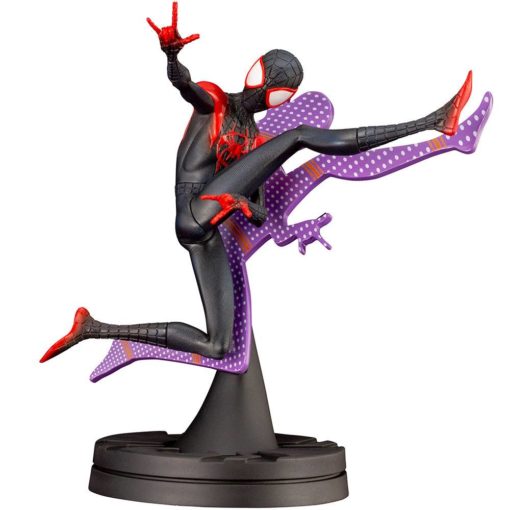 FREE Shipping to the UK
Earn 80 Points with this purchase!

Kotobukiya’s newest figure is based on the new and emotional film featuring the world renowned Spider-Man. You, too, can enjoy the various worlds and dimensions of Spider-Man th…

Kotobukiya’s newest figure is based on the new and emotional film featuring the world renowned Spider-Man. You, too, can enjoy the various worlds and dimensions of Spider-Man that were showcased in the innovatively animated film Spider-Man: Into the Spider-Verse!

Miles Morales is the first from Spider-Man: Into the Spider-Verse to join the Kotobukiya collectible figure line.

The black hero suit, graffiti spider on the back, and the thin teenager’s body line that can be seen through the suit is unique to Miles.

The statue was sculpted to showcase Miles in a dynamic pose as he uses his double web shooters.

Miles is connected to the base by his shadow which showcases the colorful dotted look of the inside of the particle accelerator as was seen in the final battle.