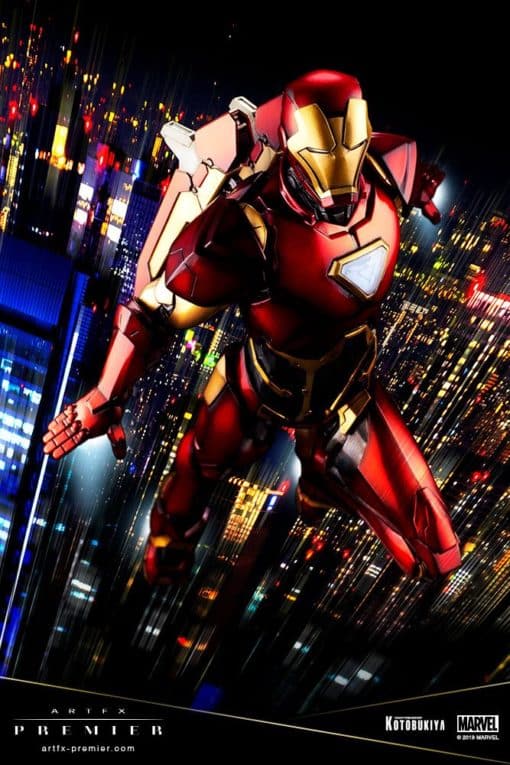 Earn 150 Points with this purchase!

The third Avenger to join the ARTFX Premier line is Iron Man!

The third Avenger to join the ARTFX Premier line is Iron Man!

This 1/10 scale statue was crafted down to the finest detail using digital sculpting, giving this expertly crafted collector’s piece an exquisite appearance alongside lifelike detail.

The craftsmanship in this piece continues from the sculpting to the painting. Unlike other pieces which follow the pattern of a simple base coat with shading. ARTFX Premier re-evaluates the standards for figure painting. Each individual piece of the statue is layered with several types of paint, giving the finished product an unprecedented sense of beauty and depth.

As part of the ARTFX Premier line, the statue comes in sophisticated packaging overflowing with elegant details, including a marble inspired motif as well as an original illustration based on the figure. Additionally, these limited edition statues will come with a certificate with the collector number printed in gold, certifying each piece as a one-of-a-kind original.

ARTFX Premier is a high-quality statue line that challenges the limits of product development by capturing characters in the highest possible level of detail.

The statues in this line are limited to a select number of pieces worldwide, and each one comes with its own unique collector number.