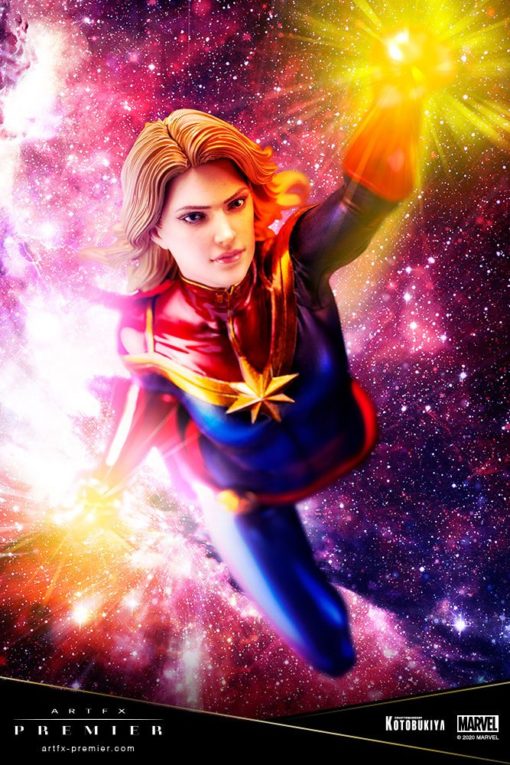 Captain Marvel is the fourth character to join Kotobukiya’s special “WOMEN of MARVEL” line in the ARTFX PREMIER series!

Captain Marvel is the fourth character to join Kotobukiya’s special “WOMEN of MARVEL” line in the ARTFX PREMIER series!

Within the Marvel Universe, “Carol Danvers” is an icon among the heroines. It is only fitting of her title as the “strongest” that she stands on top of the most intense base within the series in her striking pose.

The level of her “power” and “beauty” comes across in her expression and fine makeup on her face, despite the face being smaller than 3.5 cm, and how she flies through the galaxies with her “photon blasts” easily smashing meteorites to dust.

Her graceful figure wearing the suit made up of a combination of metallic blue and glossy red that highlights the texture of the fabric completes this statue in this collection that does not lose out in beauty and is worthy of being called “strongest.”

The “beauty” resonating from each statue in this new line in the ARTFX PREMIER series is a work of art that will please collectors worldwide.

This all-new and refined statue will be sure to stand out in any collection.