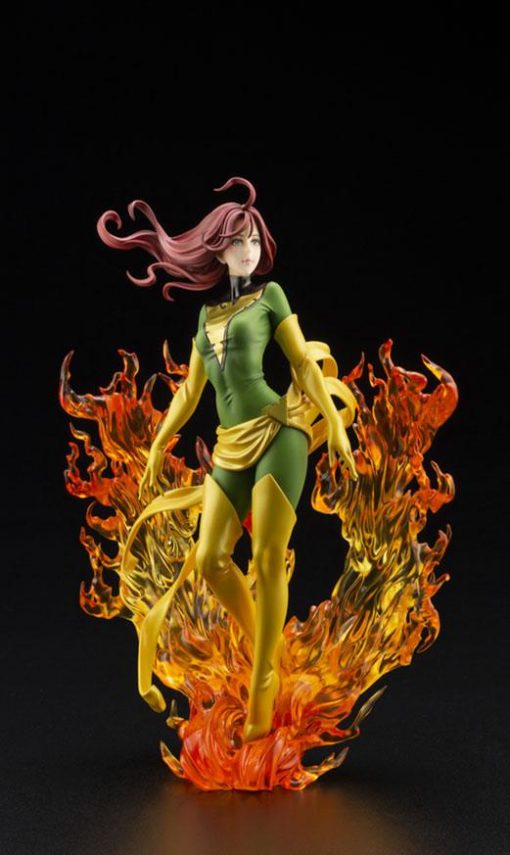 Earn 153 Points with this purchase!

Phoenix returns to Kotobukiya’s BISHOUJO series as a 1/7 scale statue, and is sculpted based on new illustration by Shunya Yamashita.

Phoenix returns to Kotobukiya’s BISHOUJO series as a 1/7 scale statue, and is sculpted based on new illustration by Shunya Yamashita.

In addition to a change in the costume color from the Dark Phoenix Rebirth BISHOUJO Statue, Phoenix Rebirth has been sculpted with a much calmer expression and pose in order to recreate the “Phoenix” before being swallowed up by a powerful force.

The Phoenix Force has been incorporated into the base and is also a softer color that conveys warmth in the overall statue.

When placed side by side with the now-released Dark Phoenix Rebirth, the tumultuous world of “The Dark Phoenix Saga” is further expanded.