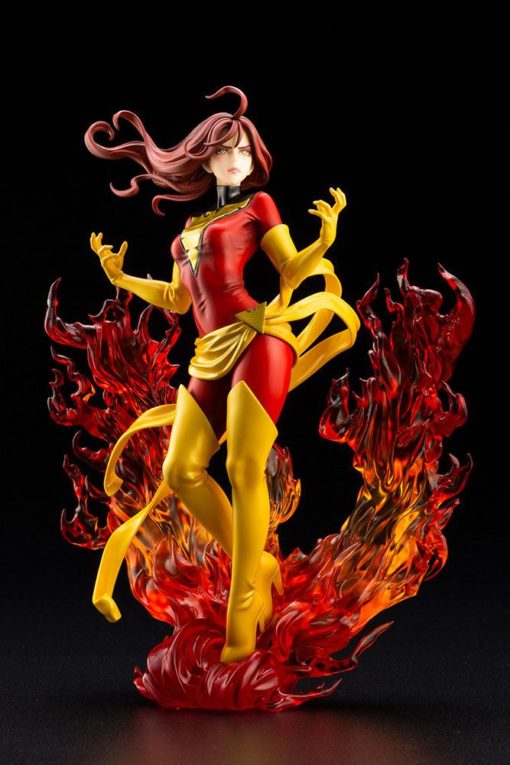 Dark Phoenix returns to Kotobukiya’s BISHOUJO series as a 1/7 scale statue, and is sculpted based on new illustration by Shunya Yamashita.

Dark Phoenix returns to Kotobukiya’s BISHOUJO series as a 1/7 scale statue, and is sculpted based on new illustration by Shunya Yamashita.

The sharp look in the Phoenix Force’s eye and tightly closed lips, to the power emanating from her fingertips to her facial expression, this product perfectly showcases Dark Phoenix’s character in one statue.

The Phoenix Force effect shown in this statue resembles that of a phoenix itself. Enjoy this beautiful yet also dark representation of Dark Phoenix. Get your hands on this all new BISHOUJO to truly enjoy every detail.