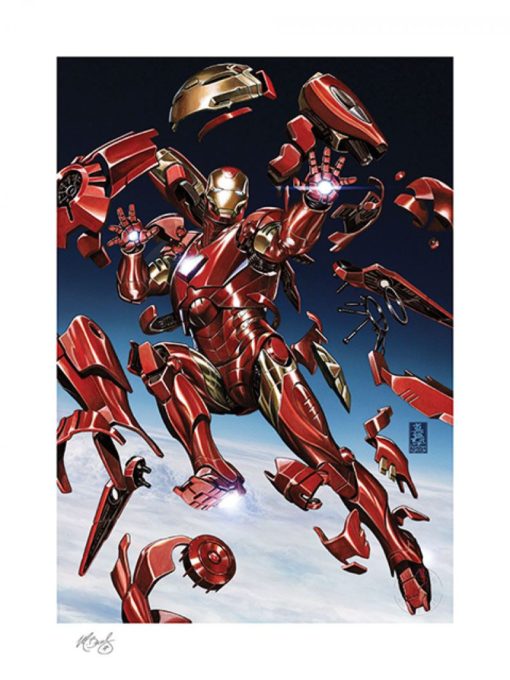 FREE Shipping to the UK
Earn 143 Points with this purchase!
Estimated Release: January 2022.

For some people, the sky’s the limit. But for a futurist thinker like Tony Stark, the sky is just the beginning! Soaring high above the clouds, the billionaire genius takes his latest suit of red and gold armor for a test flight with jets and repulsors at the ready. Additional upgrades hover around Iron Man as he propels his technology into new heights, whether in the sky, on the ground, or outside of Earth’s atmosphere.

Originally created as a variant cover for Tony Stark: Iron Man #2, written by Dan Slott for Marvel Comics, Brooks’s original hand-painted illustration has been specially reproduced as a fine art collectible exclusively at Sideshow. Each Tony Stark: Iron Man Fine Art Print is hand-signed by the artist and features an embossed Seal of Authenticity as a part of the limited edition of 350 pieces.

Give your Marvel collection an armored upgrade and suit up with the Tony Stark: Iron Man Fine Art Print by Mark Brooks today.