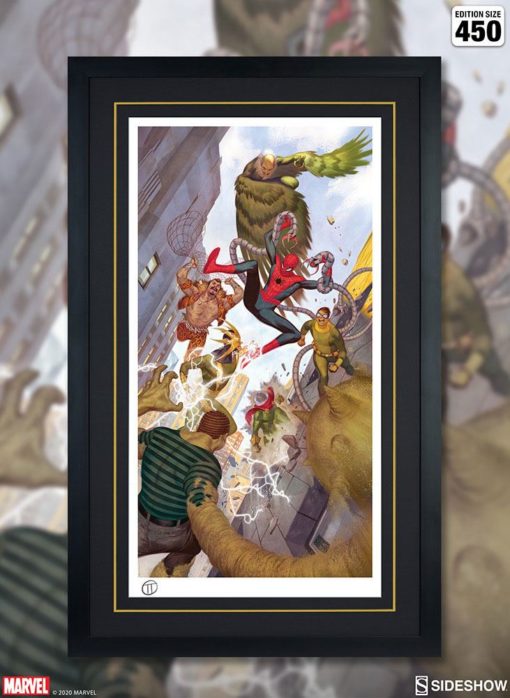 How many villains does it take to catch a spider? In the Spider-Man vs The Sinister Six Fine Art Print, Peter Parker takes on some of his most famed foes in a battle above the streets of New York City. Spidey struggles in the grip of Doctor Octopus as the Vulture, Sandman, Mysterio, Electro, and Kraven the Hunter each bring their own signature brand of chaos and destruction into the fray. Apart, they may have each been bested by the friendly neighborhood hero, but with their forces combined, the Sinister Six may be unstoppable!

Each Spider-Man vs The Sinister Six Fine Art Print features an authorized, automated artist signature and an embossed Seal of Authenticity as a part of the limited edition of 450 pieces. This energetic illustration is jam-packed with comic book action, making it a must-have for any Spider-Man fan’s collection.

Snag a front-row seat at the biggest super-brawl this side of Queens and bring home the Spider-Man vs The Sinister Six Fine Art Print by Julian Totino Tedesco today.